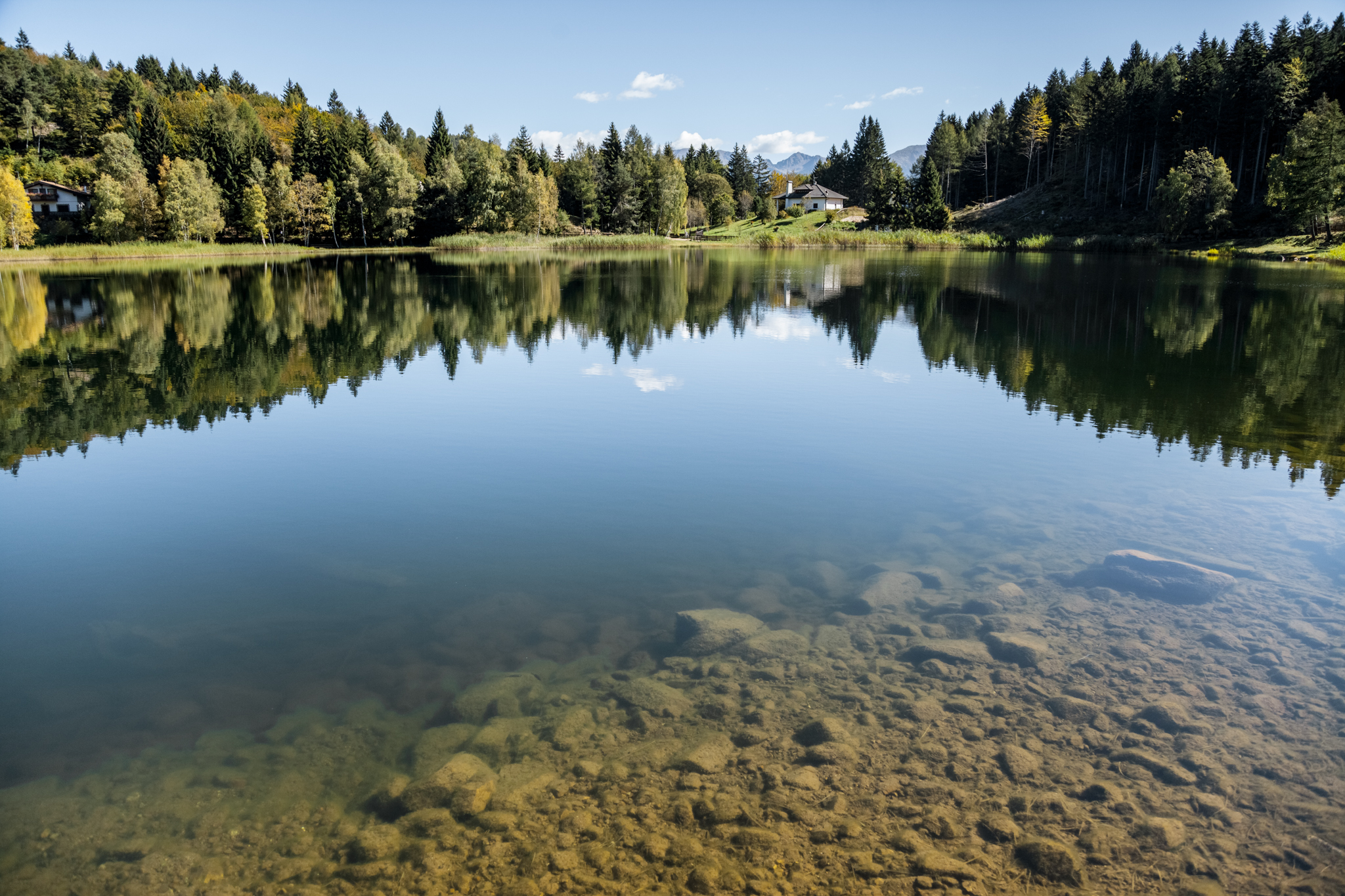 A man had a plot of land. When he died, his children began to fight over it, arguing to the point of nearly killing one another. One of the brothers, desperate, to resolve the question asked God to flood the plot of land. His prayers were answered: an underground source began to form a lake that grew rapidly, until it threatened the underlying town of Cembra. The concerned inhabitants went to the parish and asked God to calm his wrath. When the priest, as a gesture of good faith, threw the ring of the Madonna in the water, the source stopped growing and that same day I was re-named Lago Santo, the sacred lake.