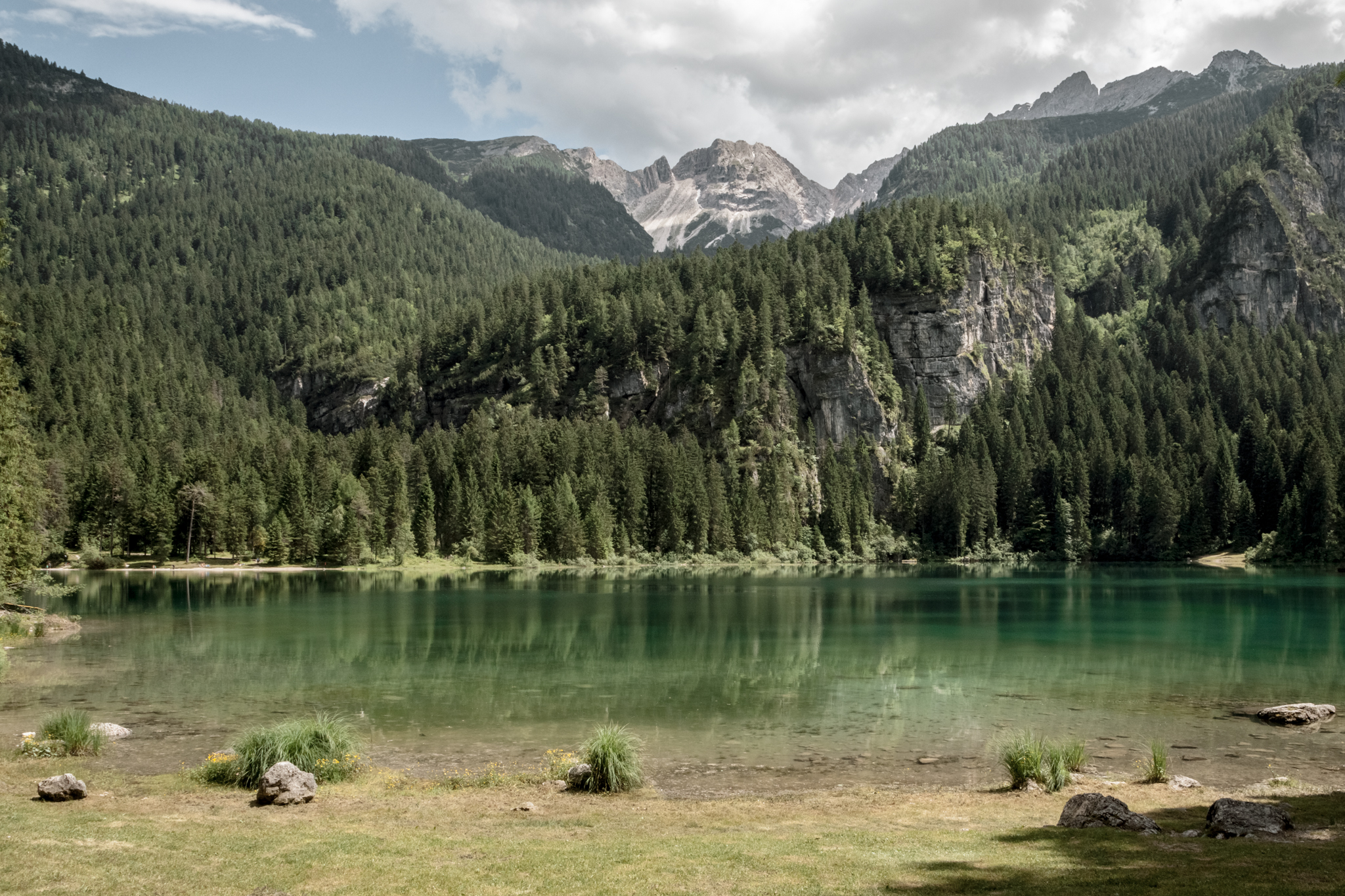 “Until 1964, summer coloured me red. A beautiful bright red, as if someone had wounded my heart. They came from all continents to see me, I was a natural phenomenon of worldwide scope, they said. Then the people began to leave the mountain. The pastures emptied; the herds reduced to the bone. And I have ceased to colour. They said it was because of pollution, but that’s not true. In reality, the Tovellia sanguinea – the alga that made me blush – liked the substances present in the cow manure, that ended up in the lake with the stream water that came down from the pastures of Malga Pozzol and Malga Flavona. These days, people are returning to the mountain, although not like before the exodus.The Tovellia remains, but Malga Flavona’s herd has reduced from 550 to 170, and all that poop is still not enough to colour me. Will I ever be red again?”